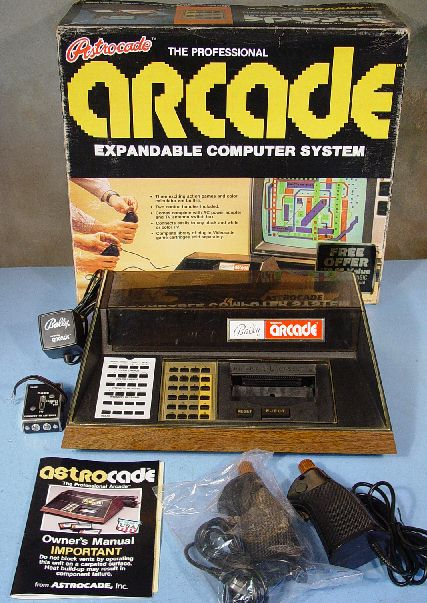 Bought as part of a big load of game consoles from a net news-auction back in 1998.

This is the one and only attempt on the video game market by the fabous pinball game manufacturer Bally. It was announced shourtly after the Atari 2600 and were initially sold for $299. The cartridges looks some like music cassettes from the same era. Up to four controllers could be connected. The controllers looks and works some like the ones to Fairchild Channel F, with a short joystick in a pistol like handle. The top of the joystick is a turnable knob that can be used for analog control. About 40 cartridges were released to this system.