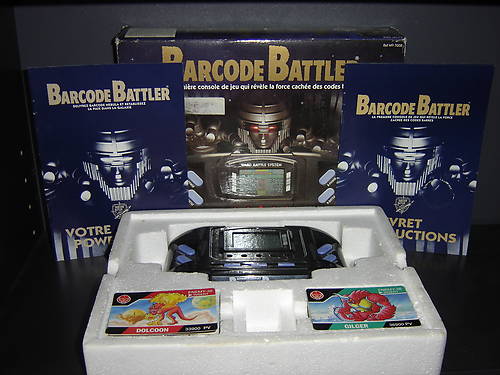 The Barcode Battler is a handheld gaming console released by Epoch in March 1991.

The console at retail was supplied with a number of cards, each of which had a barcode. Upon starting the game, the player must swipe a barcode representing a player. The game uses barcodes to create a character for the player to use. Not all barcodes work as players; instead some represent enemies or powerups. Because of the ubiquity of barcodes in daily life, players were encouraged to go beyond the barcodes provided with the game itself and to experiment to find their own barcode monsters and powerups from everyday products like food and cleaning products.

Once the game itself is started, the characters "battle" against each other. The characters' statistics were applied to an algorithm containing a random number generator to determine the outcome of each round in the fight.