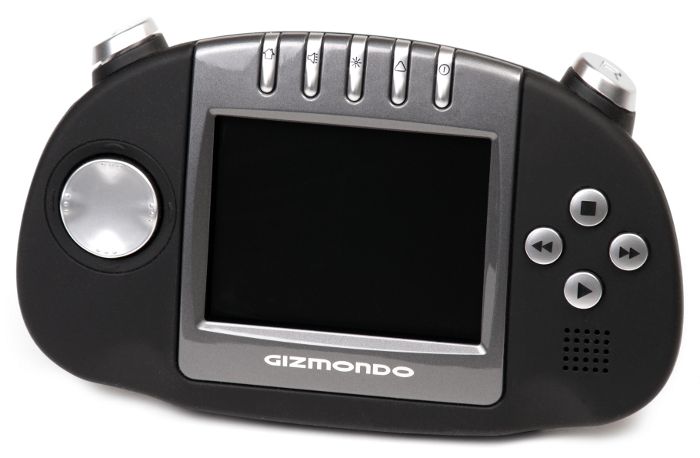 The Gizmondo is a handheld gaming console which was released by Tiger Telematics in March 2005. The electronics design was undertaken by Plextek Limited and the industrial design by Rick Dickinson.

With fewer than 25,000 units sold, the Gizmondo was named by GamePro as the worst selling handheld console in history. By February 2006, the company discontinued the device and was forced into bankruptcy. In 2008, founder and CEO Carl Freer announced that he had reached an agreement with the liquidators, and planned to re-launch Gizmondo as Gizmondo 2.

Gizmondo was overshadowed by the involvement of one of its executives, Stefan Eriksson, in organized crime. It was never released in Japan or Australia.