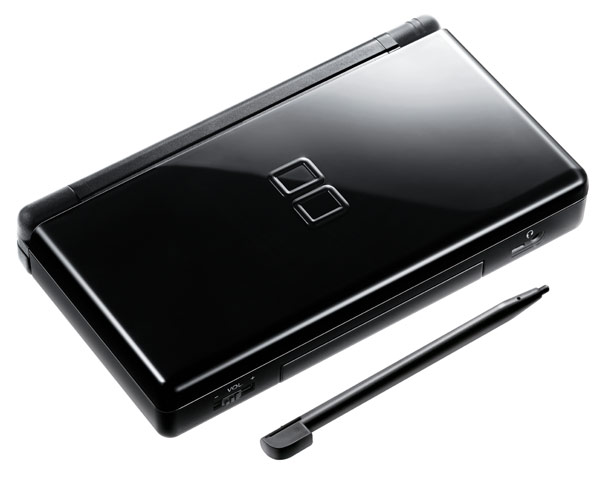 The Nintendo DS Lite is a dual-screen handheld game console developed and manufactured by Nintendo. It is a slimmer, brighter, and more lightweight redesign of the Nintendo DS, designed to be aesthetically sleeker while taking styling cues from the Game Boy Advance SP, and to appeal to broader commercial audiences. It was announced on January 26, 2006, more than a month before its initial release in Japan on March 2, 2006 due to overwhelming demand for the original model. It has been released in Australia, North America, Europe, New Zealand, Singapore, and defined regions in South America, the Middle East, and East Asia. As of September 30, 2008, sales of the DS Lite have reached 65.51 million units worldwide, according to Nintendo.

The console features a clamshell design, similar to the Game Boy Advance SP, with two LCD screens inside—with the bottom one being a touchscreen. The Nintendo DS also features a built-in microphone and supports wireless IEEE 802.11 (Wi-Fi) standards, allowing players to interact with each other within short range (10–30 m, depending on conditions) or online with the Nintendo Wi-Fi Connection service, which launched later in the console's lifespan. This was the first Nintendo console to be released in North America prior to Japan.