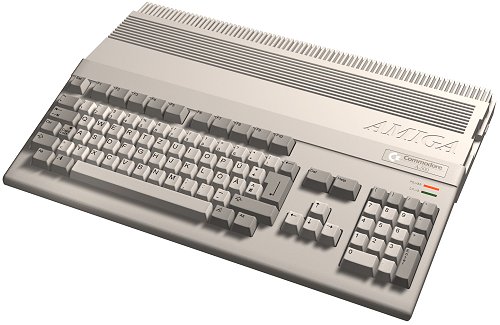 Bought from some unknown that called me.

The Amiga 500, also known as the A500, was the first “low-end” Commodore Amiga 16/32-bit multimedia home/personal computer. It was announced at the winter Consumer Electronics Show in January 1987, at the same time as the high-end Amiga 2000, and competed directly against the Atari 520ST. The A500 was released in mid 1987 at the price of 595.95 USD without monitor.

The original A500 proved to be Commodore’s best-selling Amiga model, enjoying particular success in Europe. Although popular with hobbyists, arguably its most widespread use was as a gaming machine, where its advanced graphics and sound were of significant benefit.