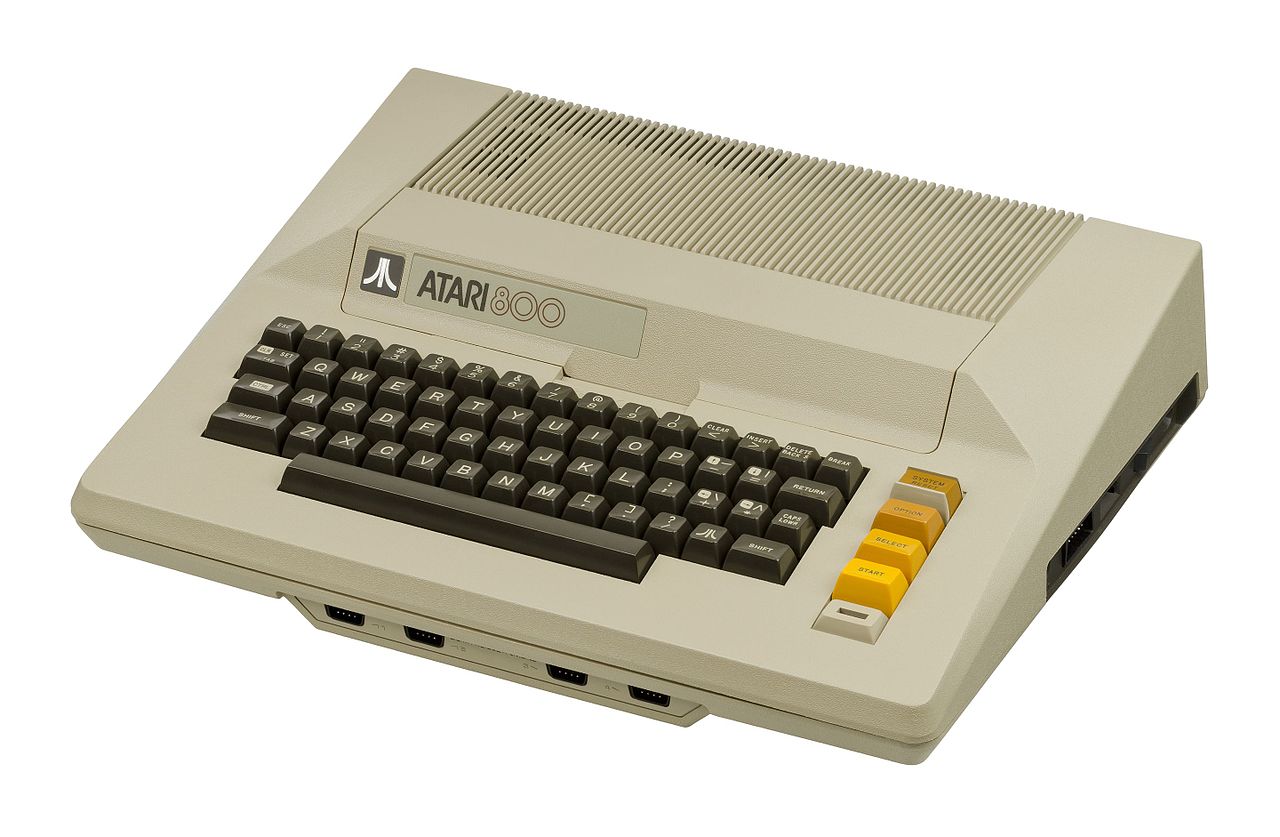 Complete with 48 KB memory.
Bought as part of big collector auction from US.

In 1978 Atari was working on a new chip set for an all new high end video game system. Ray Kassar became the new CEO of Atari and decided that Atari should produce a line of computers to compete against Apple in the home computer field. It was decided that the new chip set was to be "frozen" and used only for the new computer systems. Atari's all new computer division was born.

Atari would introduce a new line of personal computers based around the MOS 6502 8 bit Processor. Using the new graphics/audio chip set the computer would come packaged with graphics and sound never before seen in a personal computer system. Capable of producing up to 128 colors using the CTIA chip (Colleen Television Interface Adapter) and later updated to 256 colors using a GTIA chip (General Television Interface Adapter) and with a maximum resolution of 320 X 192 the new line of Atari computer systems would have spectacular graphics for a system released in 1979.

The Atari 800 case was designed by Kevin McKinsey of Atari's industrial design group, he wanted to give the Atari computers a warm familiar and friendly look. The new Atari 400 and 800 computers would look very similar to a standard home typewriter. The Atari 400 and 800 got their number designations from their original memory configurations which were 4K for the 400 and 8K for the 800. Also the Atari 400 and 800 were nicknamed after some very well endowed secretaries named Candy and Colleen.

The Atari 800 was designed to be an expandable system with its easily removable top case cover. The original run of Atari 800's had two little plastic latches that you could turn to unlock the top case then you simply lifted it off to reveal the internal system bus slots, a total of 4 slots were available from 0 through 3. Slot 0 was reserve for the OS card, slots 1 through 3 were used for RAM card originally, but many inventive 3rd party companies produced not just RAM cards, but RAM Disk cards, 80 column video cards and even a modem interface card. Later models had the cover closed with 2 screws with washers.

The original Atari OS personality card and Atari 8K and 16K memory cards were packaged into nice plastic/metal cases, this caused an overheat problem in the 800's, service centers received bulletins to remove the boards from their cases and discard the cases when systems came in with overheating problems, later Atari 800's were released from the factory with their OS and RAM cards not packaged into these little cases.

The front of the Atari 800 was equipped with 4 controller jacks which were compatible with all of the Atari 2600 joysticks, paddles, and keypads. These jacks were analog and digital input and output ports and were used for many functions. One company called Corvus designed a hard drive interface which used ports 3 & 4, another company made a modem which plugged into ports 1 & 2, other company's made Real Time clock cards and other companies made robot arms, and Atari itself later had a science lab kit called Atari Lab which could measure temperature, light and sound. Analog magazine, an old Atari 8 bit computer magazine even had a home-brew project to build a voice synthesizer for joystick ports 1 & 2. The Atari 800 was a very versatile and usable computer system.

The Atari 800 computer was sold from 1979 through 1982 and was then replaced by the Atari 1200XL home computer. Boosting 64K it was to be the all new future of Atari computers. Unfortunately it had no expansion slots, no external bus connector and lost 2 of its 4 controller ports.... It was a bomb, Atari 800 sales actually increased because people ran out to buy an Atari 800 before they were all gone.

Atari also developed a 64K RAM card for the Atari 800 to replace all 3 16K RAM cards, this card too was never sold.

Although the system is now almost 20 years old, the Atari 800 is still one of the most powerful, useful and versatile 8 bit home computers ever produced. Even though it has limited memory capacity and a slow 1.79MHZ 8 bit processor, many tried and true Atari users still fire up and use their Atari 800's to this day.