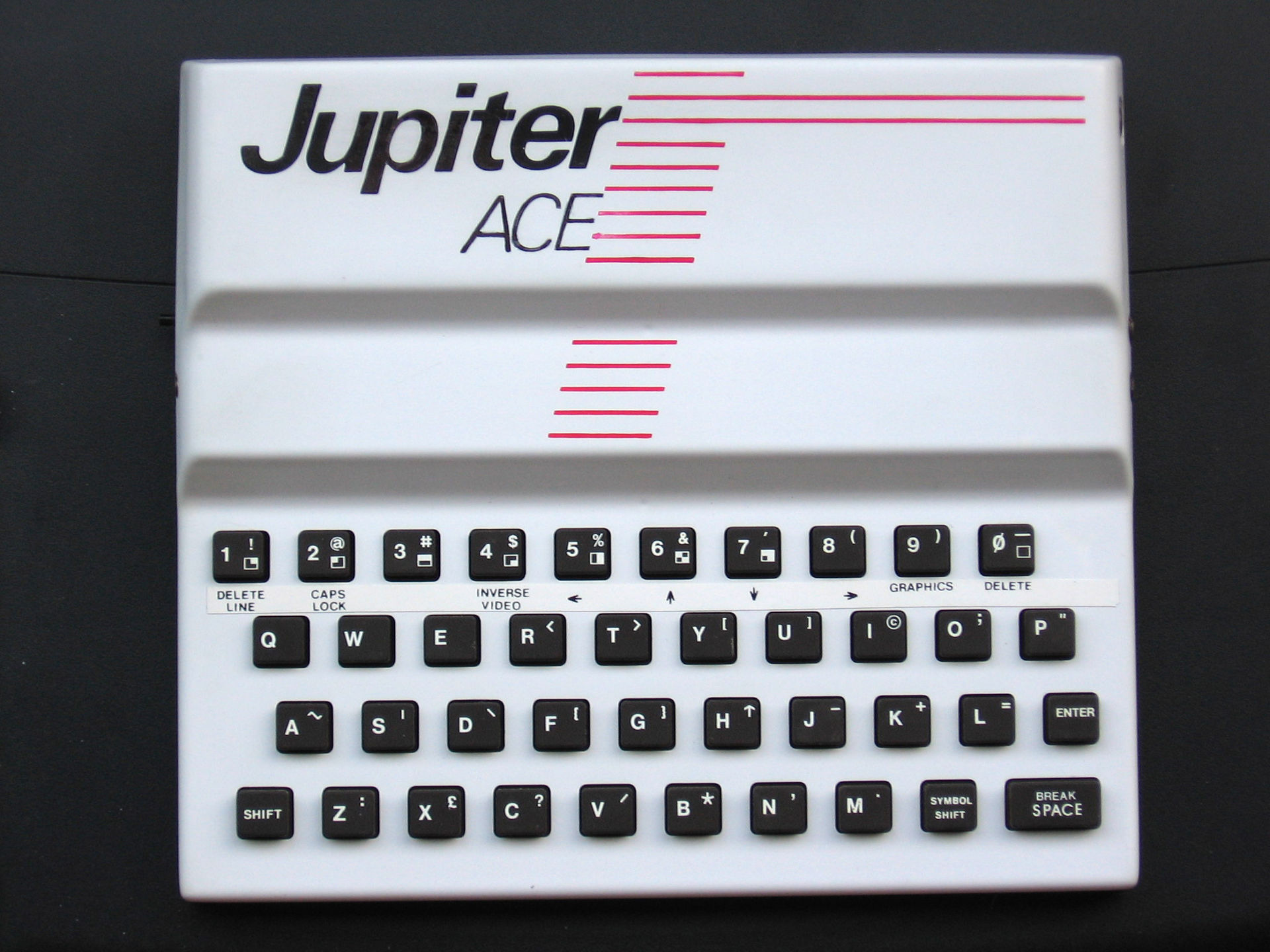 A small crack in the plastics on right side, otherwise in pretty good condition.
Bought from action site Tradera 2013 for 1500 SEK.

The Jupiter Ace was a British home computer of the early 1980s, produced by a company, set up for the purpose, named Jupiter Cantab. The Ace differed from other microcomputers of the time in that it used FORTH instead of the more common BASIC.

Jupiter Cantab was formed by Richard Altwasser and Steven Vickers. Both had been on the design team for the Sinclair ZX Spectrum: Altwasser did some work on the development of the ZX-81 and in the design of the hardware of the Spectrum. Vickers adapted and expanded the 4K ZX-80 ROM to the 8K ZX-81 ROM and wrote most of the ROM for the Spectrum.

The Jupiter Ace was named after the early British computer, the ACE. The name was chosen to emphasize the "firsts" of using FORTH environment as more efficient for personal computers. FORTH is a threaded code programming language that also acted as operating system.

Differently from previous introductory computers and being its major characteristic, its default programming language was Forth. Forth was considered well adapted to microcomputers (with small memory and relatively low-performance processors) for being fast. About 10 times faster than BASIC, added to allow implementation of machine code routines, if needed for a particular task. And for embodying structural programming concepts found in Pascal Language.

For such reasons it was designed with FORTH, chosen to deliver better performance and Structured Programming flexibility.