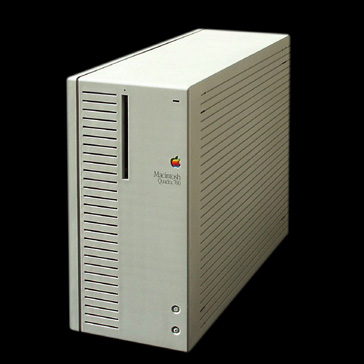 The Macintosh Quadra 700 was introduced (along with the Quadra 900) in October 1991, as Apple's first computers to use the Motorola 68040 processor, as well as the first to feature built-in Ethernet networking. The Quadra 700 was encased in the same form-factor as the popular Macintosh IIcx and Macintosh IIci models, allowing users to easily upgrade to the more powerful computer; as such, it could be either stood on its end in a tower configuration, or placed horizontally in a traditional desktop orientation.

The Quadra 700 could be upgraded to 68 megabytes of RAM, which with its 25 MHz processor made it a very useful computer for scientific or design work. It was also a prime candidate for processor upgrade when the PowerPC 601 boards came along in 1994. Like the IIci it had video built into the system board.