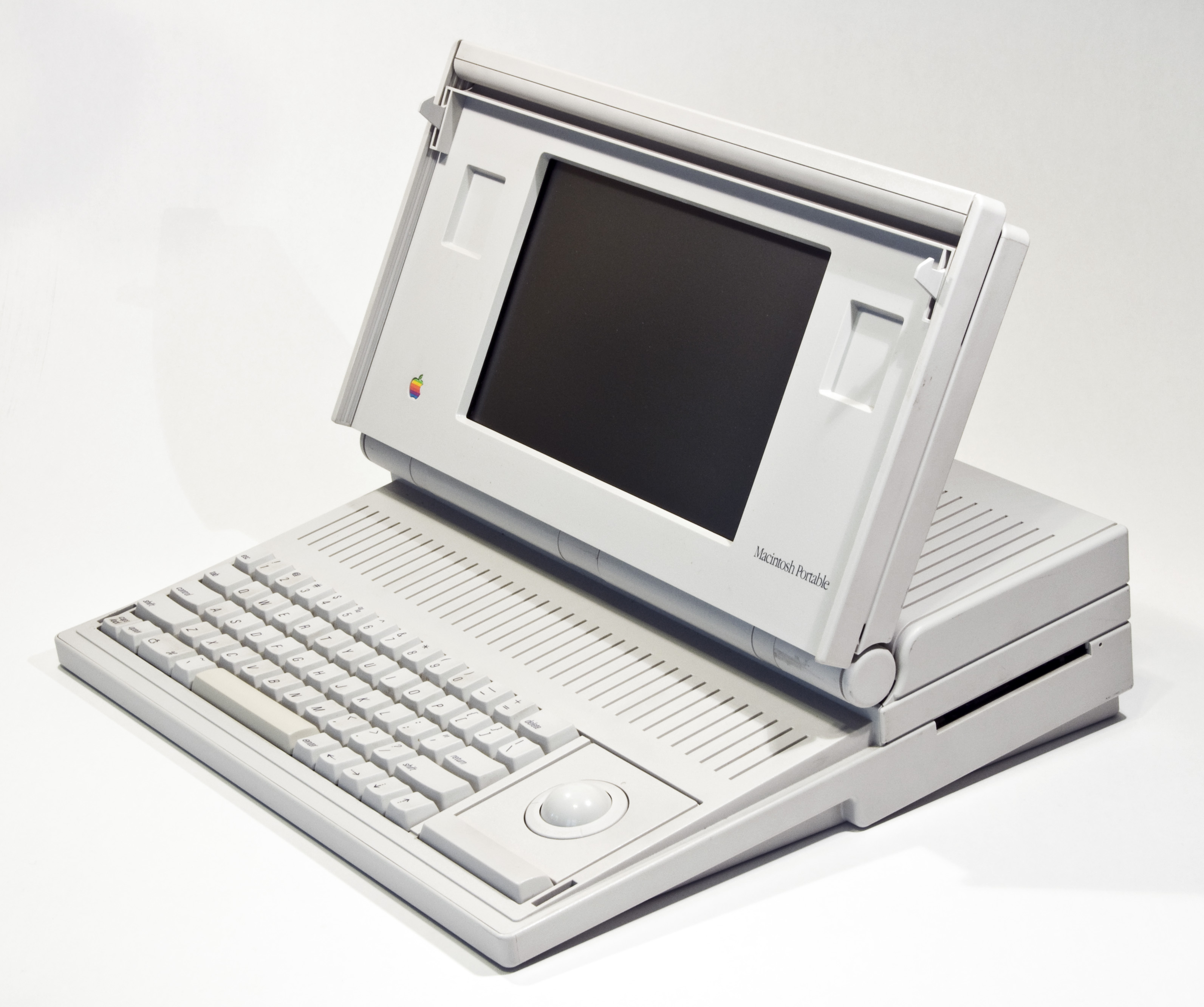 Think I bought this from KSA auction in Växjö.

The Macintosh Portable was Apple Computer's first attempt at making a portable Macintosh personal computer that held the power of a desktop Macintosh.

Released in 1989, it was received with excitement from most critics but with very poor sales to consumers. Seemingly no expense was spared in the construction of the machine. It featured a black and white active-matrix LCD screen in a hinged cover that covered the keyboard when the machine was not in use. The mouse function was handled by a built-in trackball that could be removed and located on either side of the keyboard. It used expensive SRAM in an effort to maximize battery life.

One of the drawbacks of the Portable was poor readability in low light situations. So in February 1991, Apple introduced a backlit Macintosh Portable (model M5126). Along with the new screen, Apple changed the SRAM memory to pseudo-SRAM and lowered the price. The backlight feature was a welcomed improvement, but it came with a sacrifice: battery life was cut in half. The Portable was discontinued in October of the same year.

In May 2006, PC World rated the Macintosh Portable as the seventeenth worst tech product of all time.