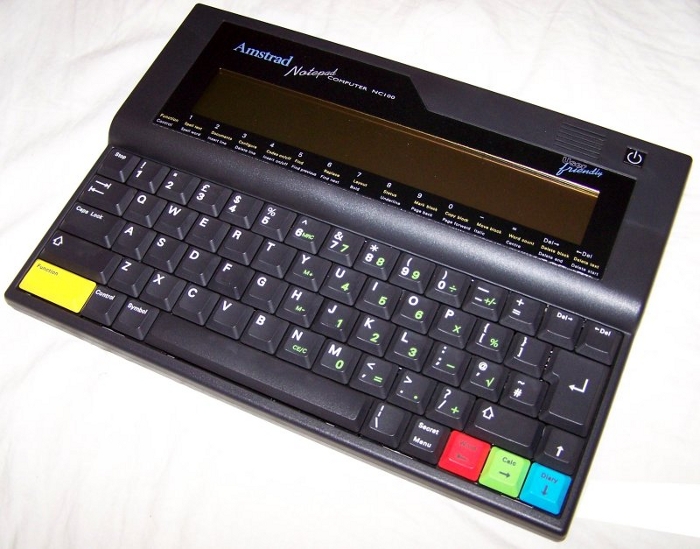 The Amstrad NC100 was an A4-size, portable Z80-based computer, released by Amstrad in 1992. It featured 64 KB of RAM, the Protext word processor, various organiser-like facilities (diary, address book and time manager), a simple calculator, and a version of BBC BASIC.

Its screen was small, eight rows by 80 columns, and not backlit, but this let the NC100 run for up to 20 hours on four standard AA cell batteries. There was an RS232 serial port, a parallel port for connecting a printer, and a PC card socket, by means of which the computer's memory could be expanded up to 1 MB.